The Boys & Girls Club of the Tri-County Area improves the lives of children and families.

The Boys & Girls Club of the Tri-County Area will be a generation-changing leading provider of programs emphasizing youth development services and family outreach support to meet the needs of young people ages 6-18 and their families, especially those who need us most. 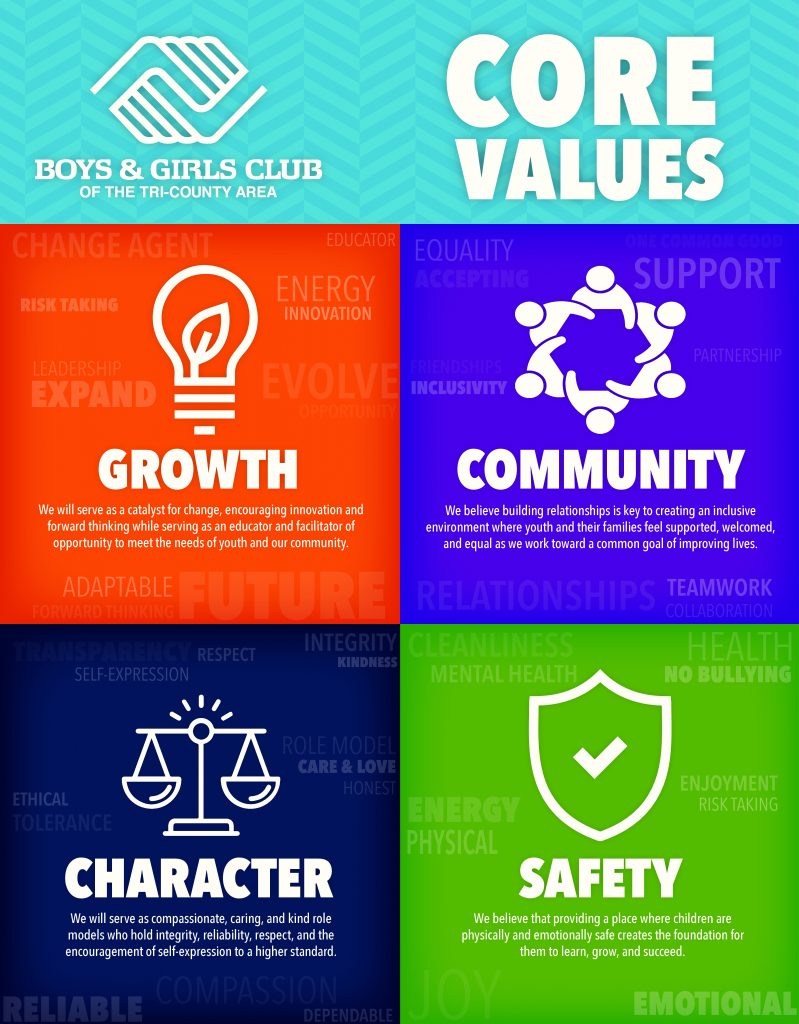